What is Bipolar Disorder?

Bipolar disorder is a mental illness marked by extreme shifts in mood ranging from mania (high) to depression (low). This condition is also called bipolar disease or manic depression.

It affects men and women equally. Although bipolar disorder can occur at any point in life, the average age of onset is 25. Every year, 2.9 percent of the U.S. population is diagnosed with bipolar disorder, with nearly 83 percent of cases being classified as severe. More than 5 million people in the United States are living with some form of bipolar disorder.

The symptoms of bipolar disorder can vary between individuals as according to unlike mood swings ranging from high to low.

Doctors do not know what causes bipolar disorder, but several things may contribute to the illness.

People with bipolar disorder appear to have physical changes in their brain structure or the brain functioning. The significance of these changes is still uncertain but may eventually help pinpoint causes.

It is an illness in which people have experienced one or more episodes of mania. Most people diagnosed with bipolar I will have episodes of both mania and depression. A person will have had at least one manic episode which generally lasts at least 1 week, or less is the person is hospitalised Usually, depressive episodes occur as well, typically lasting at least 2 weeks. Some people may need to be hospitalised due to psychosis.

People experience depressive episodes shifting back and forth with hypomanic episodes, but never a full manic episode.

It is a chronically unstable mood state in which people experience mild depression and hypomania for at least two years. People with cyclothymia may have brief periods of normal mood, but these periods last less than eight weeks. Most people only experience a month or two at a time where their moods are stable.

Bipolar disorder is a serious and complicated condition. There is no cure, but there are many treatments that can help you manage the symptoms. The well-trained psychiatrist needs to handle the treatment.

Not every person will respond in the same way to medications, and some medications produce side-effects. Therefore, it is important to be under the care of a doctor for treatment.

Many people with bipolar disorder don’t realise they have a problem or avoid getting help. Hence if you think a friend or family member may have it, you may want to encourage them to talk with a doctor or mental health expert who can look into what’s going on. Try to talk to them to know what affects them and what they need. With your support, they may feel more connected and positively motivated. 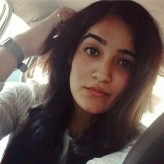