Conversations
April 21, 2017 by Aafreen Ansari
0
Share on FacebookTweet on twitter
We all have, at some point in time, laughed at jokes because we found them funny but were a little offensive to other people. So many new comedians have made it their strategy to provoke people and then laugh at them. And it’s all fun and games until you hit a sensitive chord that’s unethical.

So, the question here is, how do you figure out the healthy offensive from unacceptable offensive?

Where do you draw the line?

Because freedom of speech and sportsmanship don’t quite cover the sensitive issues such as different abilities and physical limitations.

Here’s Abish Mathew, a comedian, producer, and director, telling us what it’s like to figure out that limit of joking about something.

On getting the point across through humour-

If you’re joking about something, you need to have a moral ground and a moral barrier.

He starts by saying, “An important point to understand is that the joke is not on the person having a different ability, it’s on the condition itself. If you’re joking about something, you need to have a moral ground and a moral barrier. It’s also essential to note that when you’re making fun of something, it means you’re including them in your group. There are times when you step back from joking about certain topics, let’s take religions for example- you think to yourself that you don’t want to get into trouble for joking about it. But the point that you’re missing here is that the more you talk or joke about something, the more you’re including them in your party group; a party group being the group of things you can joke about. Also, people become more and more aware of those topics.”

He goes on to say, “We comedians do a lot of research before we crack a joke because we want to be factually correct.”

“There’s a lot of difference between disorders like Autism that are at least commonly known, and the ones that are not, like Dyspraxia, or Aphasia. This is because majority people don’t read lengthy medical articles on the net until and unless they have someone they know who is going through that particular condition. So when a comedian goes out and pokes fun at certain ailments while the audience is laughing and is a little on edge, he is making people aware that such a condition exists.”

“This means that people wouldn’t read boring articles unless it affects them, but while hearing a joke, it doesn’t have to affect them. So you’re actually being informative while being humorous.”

On people getting offended-

On asking him his views on people getting offended over someone calling them mentally retarded, he said, “First of all, it’s good to get offended. It means that you still have your sanity, conscience, and ethics intact that you’re taking a stand for something that you did not like. Having said that, there’s a difference between the intensities of these two situations – one, where you are using the offensive terms like retardation and mental illnesses, and second, where you are making your question specific to the person’s condition. Like asking them ‘do you have a speech disorder?’ if the person is stuttering. The second type is acceptable because you are being specific and you want to understand it more.”

He continues to say that, “As a comedian, it’s not even about a community that is differently abled. It’s about human beings in general. If someone cracks a joke, we have the right to be offended. But at the same time, the comedian, too, has the right to joke about it, because while one person got offended, the other person got to know something new about it.

Now it’s the obligation of the comedian to use his inner ethics to make sure he’s saying the right thing, with the right intention.

It mostly depends from person to person on what’s offensive. But if I were to crack a joke to my friend, comparing him to a person with different abilities for whatever reason, it would be unethical to do that on my part.”

On mental and physical health awareness-

We asked him what a person like him who has met a lot of people because of his profession thinks about the level of awareness among people in India for two things –
one, the differently abled community and two, healthcare as a whole.

You need to let the kids stay together for them to understand each other.

He replied by saying, “The level is pathetic. The awareness is scarce. I myself feel that I don’t clearly know how many types of conditions are there and whether or not they have schools for every kind of differently abled kids and people. One reason behind this, I feel, is because the parents of the differently abled kids keep them kind of away from the other children. So we never got a chance to really interact or got to know a person with different abilities. Such a separation is not educational at all. They should be well integrated because it’s not like they have any communicable disease. You need to let the kids stay together for them to understand each other.”

There are one BILLION people around the globe who are differently abled and yet, there’s a huge section of people who don’t know so much at all about them.

So we’re ending here with a question – How can we use platforms such as comedy and humour and make people aware of the different conditions, without coming out as offensive? 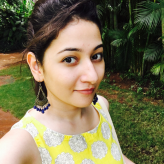 Poet by nature and entrepreneur by profession, I love to read books and draw inspiration from Neruda and Rumi. Believing in the positivity of life, I aspire to change the world with my work and words.